It is with great sadness and heavy hearts that the family of Bernard Otto Farnholtz, known as Bernie, announce that he passed away at his home in Mill Bay, on July 22, 2022 at the age of 74. Bernie will be truly missed and lovingly remembered by his two sons Bernie Farnholtz Jr. (Donna) and Matthew Farnholtz, grandchildren Emma, Cassandra, Leland, great grandchildren Serenity and Bellamy. He is also survived by his brother, Dave Farnholz (Irmgard), sisters; Carol Schofield (Garry) and Elaine Schofield (Trent), and his aunt, Lee Farnholz (Larry). He also leaves behind many loving nieces and nephews as well as a large circle of friends and in-laws that he considered, and was considered by, as family.
Bernie was predeceased by his loving wife Sheila Louise in June 2010; father Otto John Farnholz April 2009; mother Lakadia (Kay) Farnholz October 2012; and brother Ronald (Ron) Farnholz February 2022.
Bernie was Born is Barrhead, AB. He was the oldest of 5 children. Bernie attended Meadowview School and in his mid-teens he moved to central AB where he worked as a “Slasher” cutting down trees and brush away from power lines where one day a live wire was touched and Bernie got a severe burn on his knee. Thank goodness for rubber boots as that is what saved his life. After recovering from his injuries in Leduc hospital ICU, he moved into his Grandparents house in Edmonton, went back to school and eventually joined the Navy where at one time he served on the HMCS Bonaventure, Canada’s last aircraft carrier. His career path in the Canadian Forces eventually led him to becoming a Flight Engineer. During his time in the Navy, Bernie made some lifelong friends and saw many different parts of the world. Bernie loved aviation, especially his time flying with search and rescue where without a doubt he made a difference in what were, sometimes, life threatening and dangerous situations. Bernie was very patriotic & loved his country. Wherever he lived there was a Canadian flag proudly displayed.
While serving with the Navy in Halifax N.S. Bernie met the love of his life, Sheila Fiander and they were married on December 20, 1969. After having lived on Prince Edward Island, Bernie and Sheila moved to Belleville, Ontario in the mid 1970’s where Bernie served at CFB Trenton.
In a bold move in 1978 after having returned to Prince Edward Island with the Canadian Forces, Bernie retired from the Navy and with Sheila, his two young sons Bernie Jr. and Matthew moved cross-country to Kelowna B.C. This is where Bernie & Sheila started their soon to be successful business’s, first with Black Mountain Woodcraft and then Farnholtz Holmes. In the mid 1990’s, Bernie and his family moved again when a business opportunity presented itself in Drayton Valley, AB. This move was to become the pinnacle of an already thriving business career with his wife and partner, Sheila as they moved into property development as well as continuing to build quality homes.
Throughout his career with the Navy and then with his own businesses, Bernie’s keen eye and attention to detail along with his strong work ethic translated into prosperity for him and his family. Bernie was well respected by clients and contractors as well as those who worked with him and for him as a man of integrity who was honourable, fair and always got the job done.
Upon retiring, Bernie & Sheila moved back to Belleville where they built their dream home. After the tragic loss of his wife Sheila to cancer in June 2010, Bernie decided to move to Vancouver Island to be closer to his sons.
Bernie loved sports and he loved to coach hockey. It brought him much joy to see the boys improve their skills & build strong, kind characters. Bernie was an avid golfer, skier and hockey player among other things, always brought his “A” game and could “trash talk” with the best of them… always done with his ready sense of humour, of course.
Fast cars, he had a few, he once made a trip up to Oliver, Area 27 with his Corvette and when asked how was it, he said “showed them how it was done, fast n furious”. His motorcycle brought him much joy, especially in more recent years where he and some of his friends went on road trips and the more twisty the roads, the better it was for Bernie! Bernie also spent many hours outdoors in his garden, flowerbeds & beautifying his yard.
Bernie had a big smile, a bigger personality, an always ready laugh and enjoyed life to the fullest with those he loved and was able to share it with. With his booming voice and a quick witted joke or that whistle we all knew so well, you always knew when Bernie was in the room. He leaves an enormous hole in the hearts of all who knew and loved him. He will be sorely missed and always fondly remembered as the healing begins.

When I’m Gone
When I come to the end of my journey and I travel my last weary mile
Just forget if you can, that I ever frowned and remember only the smile
Forget unkind words I have spoken; remember some good I have done
Forget that I ever had a heartache and remember I’ve had loads of fun
Forget that I’ve stumbled and blundered and sometimes fell by the way
Remember I have fought some hard battles and won, ere the close of the day
Then forget to grieve for my going, I would not have you sad for a day
But in summer just gather some flowers and remember the place where I lay
And come in the evening when the sun paints the sky in the west
Stand for a few moments beside me, and remember only my best

No flowers please but if you would consider donating in Bernie’s name to these organizations or a charity of your own choosing it would be truly appreciated.
Hospice Prince Edward https://www.hospiceprinceedward.ca.
Victoria Brain Injury Society https://vbis.ca/.
Online condolences may be made at www.hwwallacecbc.com. 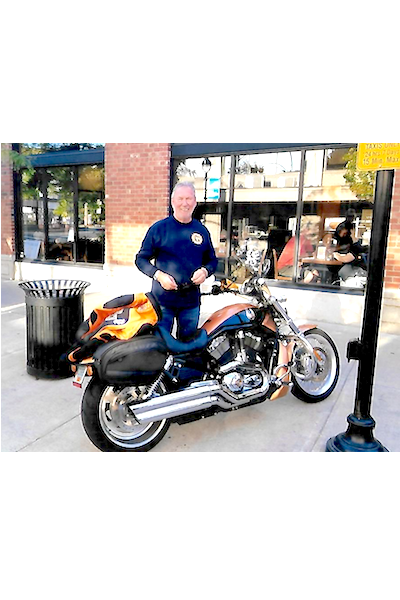 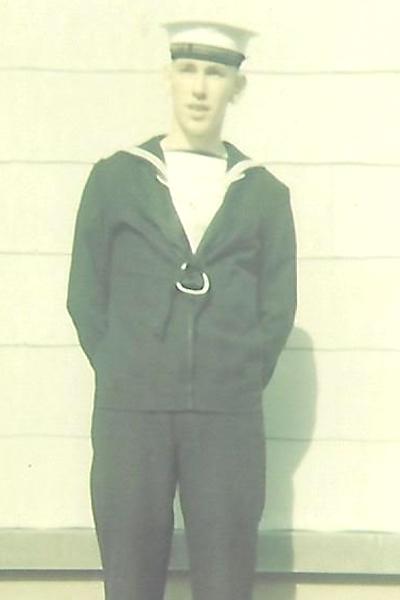